Why Belkasoft? Support us at the 2021 Forensic 4:cast Awards

Despite the hardships and difficulties of 2020, Belkasoft also had an exciting year that was full of innovations and success.

The beginning of 2020, Belkasoft became one of the first two companies to support checkm8, a new jailbreak-free method to acquire a full file system image and keychain from a range of iPhones and iPads. Belkasoft was the first in the world to support checkm8 on iOS 13.4 and some newer versions of iOS (and currently still support the latest version 14.4!).

Later in 2020, we expanded our agent-based mobile phone acquisition to accommodate a wider range of operating systems. In the summer, Belkasoft product made it possible to lift the so-called USB Restricted Mode on iPhones and iPads. The decryption of hard-to-break iOS Signal messenger was added thanks to the automatic extraction of keychain from iOS devices. 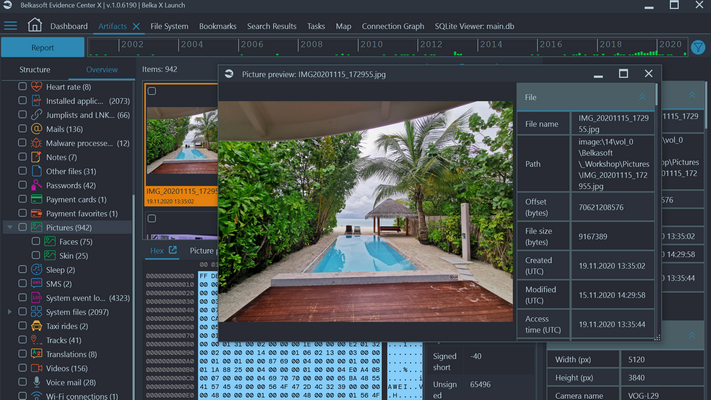 For the first time in company history, we tried releasing a beta version of a new product we were developing, which was a big success. The cherry on the cake was the release of our new digital forensics and incident response product, Belkasoft X, which made a real splash! We are overwhelmed with your feedback and the number of great reviews on the product. Here are a few we are especially proud of:

The new product works especially well with iOS and Windows forensics, in-depth SQLite analysis, low-level forensics on byte-level and file system-level combined with high-level forensics such as out-of-the-box artifact analysis, link analysis with communities detection, automated media file analysis and classification based on most modern artificial neural networks, timelines and so much more.

Last year, we asked you to note that companies winning in various awards, tend to raise prices. So, what happened? The winner of last year's DFIR Commercial Tool of the Year raised their prices again, by 10%. Did Belkasoft raise prices? No! Despite the fact that our new product Belkasoft X is much more advanced and user friendly than the older product, we did not even charge customers an upgrade fee; moreover, our starter editions became LESS expensive compared to the older product. Our main configuration price remained the same, we even added the WDE decryption module, previously priced at an extra $1,100.

That is why we think that we deserved your support: