Belkasoft Evidence Center 2020 v.9.7 (or, in short, BEC) is an all-in-one forensic solution, combining mobile and computer forensics as well as memory, cloud and remote forensics, and incident investigations in a single tool. Given its affordable price, it is one of the best choices among other available products on the market.

Upgrading to version 9.7 is free to all customers with a non-expired Extended Software Maintenance and Support contract. Customers without a current contract can purchase it from the Customer Portal. Affordable training with optional certification is available.

In BEC 2020 v.9.7 we increased the number of acquisition methods:

Support for Xiaomi and Huawei backups

F2FS stands for "Flash-Friendly File System". This is a file system developed by Samsung with the idea of having a file system specifically for devices with flash memory. These days the F2FS file system is considered perspective. While it is not being widely used yet, it is adopted, in particular, by Google in their Pixel 3 devices.

Belkasoft now natively supports parsing and analysis of partitions formatted under F2FS: you can see their contents in File System Explorer window, review files and folders, examine their contents in HexViewer and of course, run BEC analysis for artifacts stored inside.

Remote Acquisition module, even just released, attracted huge attention of our corporate customers. Excited and encourages by such an interest, we increased our efforts on improving the initial function set.

In the new version of BEC, you will find the following improvements of Remote Acquisition module:

We have significantly improved photo analysis based on Artificial Neural Networks (ANNs):

As usual, a few dozens of new and updated artifacts are included in the new BEC version:

Connection Graph was temporarily removed for v.9.6 and is now back with a number of improvements, including clearer look and feel: 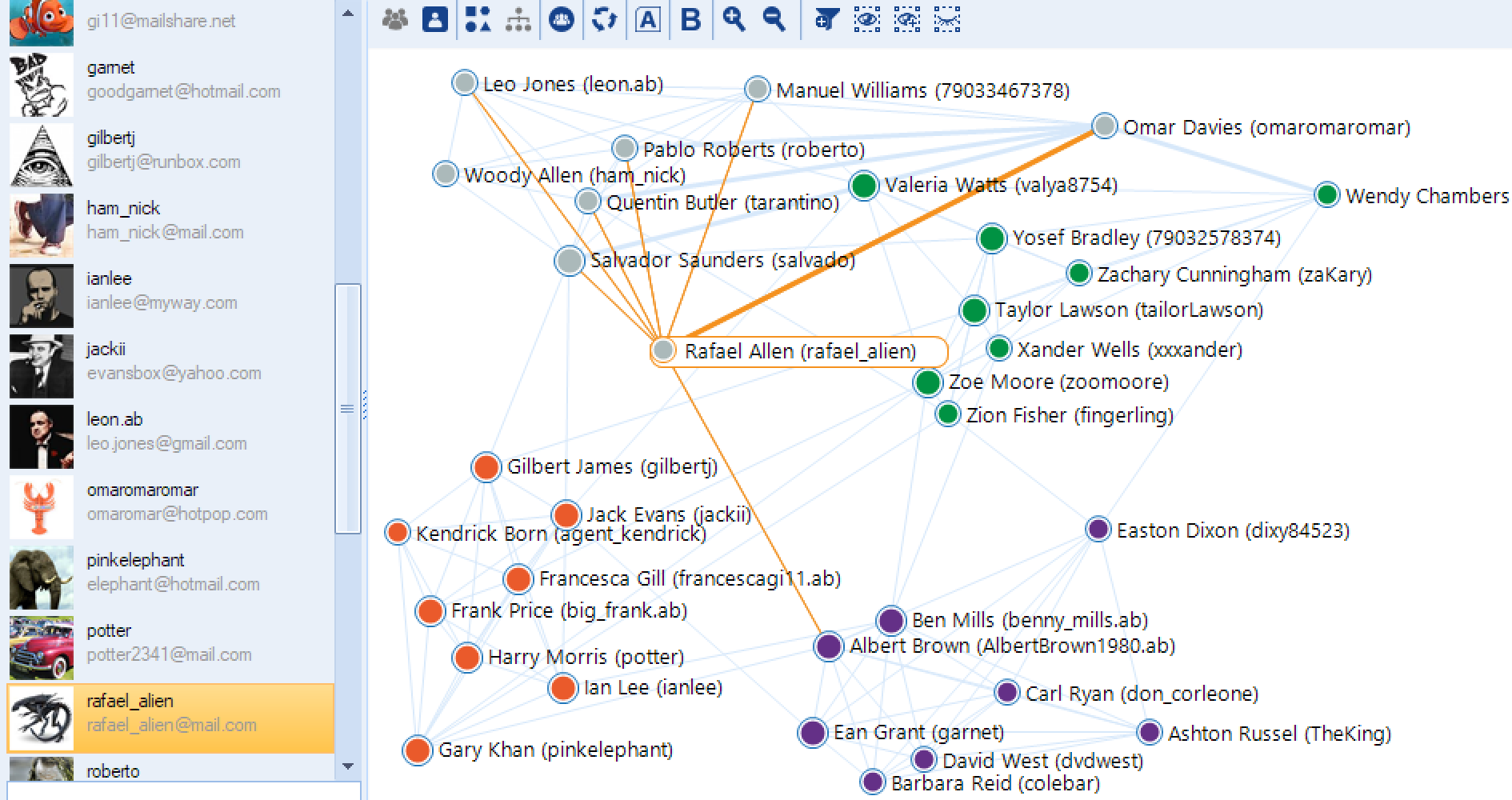 Articles
Catching the ghost: how to discover ephemeral evidence with Live RAM analysis
Many types of evidence are only available in computer’s volatile memory. However, until very recently, this additional evidence was often discarded. Approaching running computers with a “pull-the-plug” attitude used to be a standard practice, ... Read more
Magic wand or scientific approach? Myths and realities about digital forensic software
There are lots of myths around what can be done with the help of specialized software by analyzing digital media. Some of these myths are derived from movies, others come from general misunderstanding of how software and hardware work. Since ... Read more
Subscribe to our Newsletter

Cannot find what you need?